On one side of Central Park stands the home of the late Philip Roth, an imposing red stone building built around 1910 which proudly faces the sprawling Midtown skyline. Nearby is the famous American Museum of Natural History. Roth would often wander the streets behind the museum to gather his thoughts. And of all things, he would see an obelisk engraved with the names of the U.S. laureates of the Nobel Prize. As we walk past the monument toward his house, Kirmen Uribe explains that Philip Roth never received a Nobel. “It’s one of those great injustices,” he adds. The Basque writer moved next door to Roth in 2018, the year he died. Nearly a decade earlier Uribe had been awarded Spain´s National Literature Prize for his novel ´Bilbao-New York-Bilbao´ (Elkar, 2008), proof of Uribe’s longstanding relationship with the Big Apple.

The colours, sounds and smells of New York have returned after the pandemic-induced hiatus. People now circulate through the veins of the metropolis from dawn until well beyond midnight. At the time of our visit, Uribe had just published ´La vida anterior de los delfines´ (‘The past life of dolphins’), the Spanish translation of his novel ´Izurdeen aurreko bizitza´ (Susa, 2021) published by Seix Barral. Uribe found the perfect way to return to New York after being awarded a grant to write a book about the suffragist and pacifist Rosika Schwimmer.

"There are boxes in the New York Library that contain entire lives. Not only books, but also letters, photos, diaries... One of those boxes, number 176, is Schwimmer´s".

Schwimmer was also an immigrant. The longing for a better life drew her to these parts. Uribe, on the other hand, came to New York to hone his writing skills: “It was the desire to learn and improve that brought me here, but we never thought we’d stay for longer than a year. I ask a lot from life. I wanted to live in a city, see new things, experience literature and art from a different perspective, and put myself under a bit of pressure,” explains Uribe. That was four years ago. Uribe now says he knows that the most difficult thing is understanding the dimensions of the city. The writer has gotten used to life in the big city, and now divides his time between writing and teaching creative writing at New York University. “It’s taken a while for us understand what relationships are like here. People are very supportive, but you don´t see your friends every week like in the Basque Country. Not here! Here you see your friends once every three or four months, but they’re there for you when you need them.”

The front door opens on to a spacious living room. The kitchen is in one corner and behind it, a window lights up the entire space. To the right sits a piano. “One of my favourite things is when Nerea plays the piano and I sit and read. Those are the moments of peace. Here people find refuge in the home,” explains Uribe. In this room he escapes the frenzy of the city and at this table he writes many of the lines that will form part of a future novel. “I do write here, but I’d rather go to go to the library and mingle with people,” Uribe confesses.

Books as a foundation

Kirmen Uribe knows the New York Public Library on Fifth Avenue like his own home. The building has no interior columns, its weight resting on steel shelves. "The books support the temple. Libraries here are like temples – temples of culture. Books are given great importance here. There’s nothing like it in the Basque Country." The writer spent long hours in this place conducting research for his book ´The past life of dolphins´. Uribe’s was an exercise in archaeology, unearthing the details of Rosika Schwimmer´s life.

"There are boxes in the New York Library that contain entire lives. Not only books, but also letters, photos, diaries.... One of those boxes, number 176, is Schwimmer´s,” says Uribe “and I got to open it – with tremendous risk and trepidation." Uribe’s premise behind the book was an experiment. The idea was to open Schwimmer´s box and see how it affected him and those around him. "It was a physical experiment. And that´s what I did. I discovered a life and handled it in the gentlest way possible. That led me to think about my childhood and my hometown," he adds.

As the book describes, immigrants live for the future. They want to become part of the city and build a nest. Just like animals. But the past sinks its jaws into the future and always comes to the fore. “The past is there, it always washes up on the shore. At first you want to live in the future, but in the end, your origins find their rightful place. In New York I´ve learned to be at peace with my own past,” says Uribe.

For the time being, Uribe has no plans to return home. From the other side of the Atlantic, he lives in the future, while Basque legends swirl around in his head. Just a few blocks from the spot where John Lennon was gunned down, and a five-minute walk from the wall where Banksy painted his first graffiti... Every morning he has coffee after walking the route that Philip Roth took every day. In New York, that indecipherable jigsaw puzzle made up of pieces of the world.

Kirmen Uribe was born in Ondarroa (Basque Country) to a family of fishermen. He studied Basque Philology in Vitoria-Gasteiz and later earned a postgraduate degree in Comparative Literature in Vitoria-Gasteiz and Trento, Italy. He is author of two poetry books: ‘Meanwhile, Take My Hand’ (‘Mientras tanto dame la mano´, 2001, Critics´ Choice Award) and ‘17 segundos’ (2019). He has written four novels: ‘Bilbao–New York–Bilbao (2008, Spain´s National Literature Prize and Critics´ Choice Award), ‘Lo que mueve el mundo’ (2012), ‘La hora de despertarnos juntos’ (2016, 111 Akademia Saria and Critics´ Choice Award) and ‘La vida anterior de los delfines’ (2021). Translated into several languages, his books have been published by important publishing houses around the world, including Gallimard (France), Hakusuisha (Japan) and Coffee House Press (USA). His work has appeared in magazines including The New Yorker and The Paris Review. In 2017 he was selected for the Iowa International Writers Program (IWP) and in 2018 the New York Public Library awarded him the NYPL Cullman Center Fellowship. Since then, he has been living in New York and writes a weekly podcast for Berria, the only newspaper published in Basque.

About the author: Oier Aranzabal (Barakaldo, 1988) is a journalist. He is a member of the podcast production company ULU Media and is the author of the interview podcast Barruan Gaude. He has worked with different media outlets including Berria, Argia, Noticias de Gipuzkoa and ZuZeu. 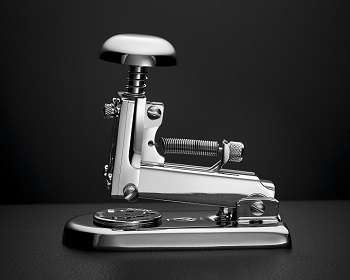